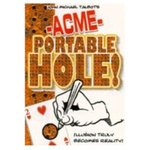 At FreshBooks, Internet access is pretty critical to day-to-day operations. In fact, there’s basically nothing we do that doesn’t require it. But we’re not big enough and don’t transfer enough to bother with, say, an E10 or multiple T1s. So we’re on Bell business ADSL, which with a bit of traffic shaping is fast enough.

But a single ADSL link is a little bit fragile. If it’s down for a day, that’s a day without access to our servers at Rackspace, our tech support email, our marketing reports, everything. Everyone might as well go home save for one person to answer the phones, not that that person can do much when people call.

So in case the DSL line goes down, we’ve got a backup connection using Rogers’ WiMax? network which they call “Portable Internet“. It’s portable in the sense of the old “portable computers”, in that the router/radio we have is a wall-powered RSU that acts as an Ethernet bridge; there’s also a PC card? version which would provide a real mobile everywhere-in-the-city network.

But it works! I wanted to have some idea of how it worked before we needed to use it, so I brought the RSU home tonight, and I’m connected to it now. In the window I get five bars of signal, although five feet inside our plaster walls that’s down to one or two bars, although a weak signal seems to affect latency more than speed. And it couldn’t be much easier — plug the laptop into the RSU’s ethernet jack and it grabs a DHCP lease and it’s online.

The speed will make it a bit painful if we ever have to rely on it to get the office connected, but it’ll be a lot less painful than falling off the net completely, and a lot more straightforward than provisioning some sort of permanent redundancy to our little office. (And with a new box arriving early next week to be put to use as a Linux-based firewall and router, I think I might look into automating failover, too. Incidentally, on that subject, I’m torn between trying IPCop and just going with a straight CentOS install and managing iptables and so on by hand. Thoughts?)